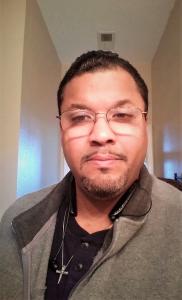 From documentary film producer to entrepreneur and business coach, Spencer Shaver has had many titles throughout his career. Perhaps most prevalent though is his tremendous talent as a composer. Currently based in Denver, Spencer Shaver has worked with heavyweights in the TV and film industry including PBS, FoxSports, and ESPN. Spencer Shaver Denver has also consulted for works such as The Lost Temple Film, a groundbreaking investigatory and historical documentary on one of Judaism, Christianity, and Islam’s most significant holy sites, Temple Mount.

“Soundtracks tell an amazing story, although most people dismiss their contribution in cinematography,” Spencer Shaver said. “The world of cinematic music is truly remarkable. Music’s primary job is to add nuance and drama to the narrative. When executed well it’s…magic.”

The accomplished composer, who considers himself a “semi-native” of Colorado Springs, is a natural-born musician and has been creating and playing music throughout his life. Like many artists, Spencer Shaver Denver finds inspiration in myriad forms. But he is particularly moved by the ways in which he can use music as a vessel for his faith and the will and word of God.

In addition to scoring and composing for major TV and film networks and production companies, he has also established himself as one of the most respected composers in Christian filmmaking.

Spencer Shaver Denver has recently married his business, faith, and musical passions in the development of a new project: Skyward Artists Group. Since 2009, he has been a highly sought-after consultant sharing his talent, skills, and passion for marketing, sales, and business management with fellow entrepreneurs and small business owners. With Skyward Artists Group, he aims to utilize his business experience and skills to propel fellow faith-based artists to succeed and spread the message of God around the globe through captivating, artful productions.

More on Spencer Shaver Denver
Spencer Shaver’s resume is mightily impressive, with a broad range of titles from business consultancy and entrepreneurship to philanthropy and filmography. But behind everything he does is his steadfast faith, inspiring him constantly to create in His name.
Since his beginnings as a martial arts instructor in 1995, Spencer Shaver Denver’s fighting spirit has given him the drive needed to succeed in all of his ventures. He looks forward to creating more while helping other businesspeople and artists explore opportunities, follow their dreams, and achieve their goals.